Why Publishers And Literary Agents Will Reject Your Manuscript

Why would publishers reject your manuscript?

So, you’ve chosen to pursue traditional publication. Maybe you’ve already had success with self-publishing and are looking to tackle the mainstream, or maybe your brand of literary fiction isn’t especially suited to the cutthroat Amazon marketplace – whatever the reason, you’re now in an unenviable position: facing the stern gatekeepers of the literary establishment.

The next step is to decide whether you’re going to try for a small press or a large publishing house. If the latter, you’ll need a literary agent, as there are very few big publishers who still accept manuscript submissions directly from authors. This adds a new step in the process, but thankfully submitting to a literary agent is much like submitting straight to a publisher – you still need to wow them.

As I’m sure you’re aware, getting published is far from easy. Publishers will reject your manuscript and not think twice about it. Many writers amass dozens or even hundreds of rejections before their book is eventually accepted, and while many factors influencing acceptance or rejection will be out of the author’s control, it’s important to know why manuscripts are rejected. Armed with this information, you’ll stand the best possible chance. 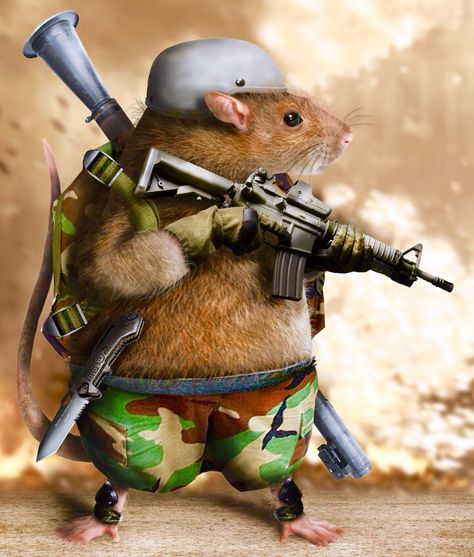 What are the reasons why publishers reject your manuscript?

Often, the reason why a publisher or agent will reject your manuscript has nothing to do with the quality of your writing – rather, it’s simply a case of bad timing. This can be especially frustrating, since your submission isn’t to blame and, short of infiltrating the publishing house, there’s nothing you could have done.

That said, being aware of how important timing is in the publishing journey can help you avoid (or at least understand) these most impersonal of rejections.

Put simply, the publisher may reject your manuscript because they don’t have the cash to throw around at the moment. Maybe the market’s in a bad place, maybe they’ve not met targets this year, maybe they’re laying off staff – publishers are businesses, remember, and operations are just as cutthroat at Lil’ Red Pine Books as they are at your archetypal American Psycho corporation.

Often, the editor rejecting your book might not even know the reason for the slump – they’ll simply have been told not to take on any new books by the powers that be.

Two more frustrating obstacles between you and sweet publication are publishing house sales departments and distributors. A note from either of these entities to a commissioning editor – about how, for example, vampire YA just hasn’t been selling this quarter, or how sales of cookbooks are inexplicably way down in the Midwest – can pop your balloon before the editor’s even finished reading your query letter.

ALSO READ  Why You should Give Your Book Away

It may simply be that, when you submit, the publisher already has a backlog of your particular genre to work through. Maybe your dark fantasy epic is great, but if the commissioning editor’s list already has three dark fantasy epics, they’re not going to have any space for you. Try again in a year or two.

Sometimes, publishers will reject your manuscript due to the genre. This could be due to the issues of timing I’ve already discussed, but it could also be that the publisher or agent you’ve chosen doesn’t work in that genre or can’t see a big enough return in its current audience.

Submit to the right people

Before you send off any query letters or manuscript samples, make sure the publishing house or literary agent you’re approaching actually deals in your genre. There’s no sense submitting your sci-fi odyssey to an agent who deals only in literary fiction, and you’re wasting your time submitting a graphic novel to a publisher who’s never touched one before. This information will be easy to find on the agent/publisher’s website.

No matter how good your novel is, if its genre is so specific that it’s only likely to appeal to a small group of readers, publishing houses simply won’t be able to turn a profit. And if they suspect so, then obviously they’ll reject your manuscript. Bear this in mind before pitching your book as a literary werewolf murder mystery written in verse and set in ancient Greece. It might be fantastic, but if only two people are going to read (and love!) it, publishers won’t be interested.

Now we get to the most obvious decider of your manuscript’s fate: craft. By this, I mean how good your book is – how well-written, how engaging, how relevant, etc. Now, craft is a multi-faceted thing, so I’ll limit myself to the big issues.

Authority is a difficult thing to put your finger on. In her excellent article on rejection, Constance Renfrow defined authority as ‘absolute control over the language: every word is exactly right, placed just where it belongs, creating a narrative voice that says, “You can trust me. I know what I’m talking about.”’

This ineffable quality is difficult to introduce and maintain, but if your text doesn’t have it, they’re going to pass.

A good editor will be able to tell from the first paragraph whether a manuscript is ready or not purely by the author’s style and use of language. A classic example is writers who submit what they call a ‘fiction novel’. If an editor sees this phrase, they don’t even need to read the sample.

Other red flags include overly flowery language, excessive use of clichés, flat writing, bad grammar and spelling, etc. These days, staff editors don’t have time to perform miracles on messy manuscripts, and will pass on books that might otherwise have a lot of potential if the text isn’t up to scratch. This is a common problem; often a book will have a great concept but will be let down by poor execution. Long story short: if your prose isn’t up to scratch, that manuscript’s going no further.

Problems of tone are as common as problems of language and style, particularly among certain genres. Sometimes, a writer will try to be as shocking and controversial and obscene as possible, all at the expense of decent content. This trick fools nobody – it is glaringly obvious that the writer simply has nothing to say. Alternatively, maybe the manuscript is excessively didactic, preachy, and moralistic; instead of posing interesting questions, it’s telling the reader what to think. That might be satisfying for the author, but readers aren’t browsing bookshelves looking for a lecture, which means publishers aren’t trying to sell them.

As with problems of language and style, a commissioning editor or literary agent will pick up on problems of tone straight away, so make sure you’re walking the fine line.

While style, tone, and language are all of vital importance, they shouldn’t eclipse content. After all, your text can be as pretty and tonally appropriate as can be but, if nothing actually happens, your manuscript won’t make it far. Problems of content are particularly common in literary fiction, where writers feel they don’t have to worry as much about story. But, as any editor will tell you, there’s nothing more off-putting than text that, while stylistically problem-free, is deathly boring. This means creating an interesting setting, filling it with interesting characters, and having an engaging plot.

Of course, even if your timing is good, you’ve been savvy about genre, and your manuscript is top-notch, if your submission is poorly put together, you won’t get anywhere. There are lots of Dos and Don’ts when it comes to communicating with literary agents and publishing houses, some better known than others, but the most important thing to remember is that agents and publishers are looking for reasons to reject you – their slush piles are huge and their time is limited. To avoid falling at the first hurdle, be aware of these common reasons for rejection.

ALSO READ  7 Myths Keeping You From Writing Your First Book

While I’m sure this would never apply to our lovely readers, every literary agent and commissioning editor has dozens of stories of writers who’re inexplicably rude (or downright offensive) in their query letters or email correspondence. Obviously – obviously – being unpleasant in your communications is not going to get your manuscript accepted. Be more than professional: be nice.

Editors and literary agents are busy people, and they go through hundreds of query letters a month. You have maybe fifteen seconds in which to seize their attention, so your query letter had better be engaging right from the start. Utilize a good hook and summarize your book’s plot, its readership, and its genre. If you’ve already got a following or publication history, mention that, as well as any awards you might have won. Be professional and concise, and don’t waste your readers’ time with convoluted introductions. Oh, and avoid flattery and – needless to say (or so you’d think) – bribery.

This one’s simple: if the submission process involves you having to send a sample of your manuscript, make sure it’s a sample that’s representative of your whole book. Don’t send a prologue – prologues are more like framing devices than they are actual stories – and don’t send the weird flashback chapter where your romance novel briefly transforms into a horror story.

Follow every instruction your recipient gives to the letter, even if it’s given on some obscure page of their website. Remember: agents and editors are looking for excuses to reject you. If they specifically ask you to mail in your manuscript and you send it as an email attachment, they’re not even going to read it.

If the above hasn’t dissuaded you from trying, you’re probably made of stern enough stuff to face the long road to traditional publication. Don’t expect a quick or easy journey, but don’t let rejections put you off – gather them like trophies! With each new submission, try to be conscious of and avoid pitfalls of timing, genre, craft, and submission. You can’t force an acceptance letter, but you can make sending it a whole lot easier.

Culled from Stand Out Books

Let’s Help You Write Your Book

Add SOI Publishing to your Homescreen!